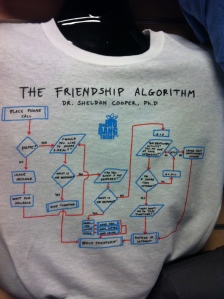 “You have no business promoting public schools!”
“Look carefully then how you walk, not as unwise but as wise.” St. Paul

Separation as objective idolatry
For some fundamentalists separation is a core tenet of the faith. Not always by articulation, but often by practice. This unbalanced view of separation leads this idea of a particular articulation of theology and/or method of doing ministry as being pure. Others as to be critiqued and questioned. Theological correctness becomes more like a God and not the God of correct theology.

Theological separation isn’t dead
In reading about the emerging church split that evolved into “missional” and “emergent” circles, the lines of separation were similar to the liberal/fundamentalist controversy of the early 20th century. If people are going to deny the Gospel, there is an obvious line and clear expectation for separating. There are times when discerning whether to separate or not is blatantly clear.

In the world
Jesus in his priestly prayer talks about how we’re to be in the world and not of it. The great commission sends us into the world. The Gospel and the church are culturally neutral and able to contextualize the Gospel in a way that doesn’t violate Scripture or the Gospel. Still, in North America the issue of proclaiming the Gospel in a way that our culture understands gets clouded by an unbalanced view of separation. An unbalanced view of separation is a fortress mentality, not a discernment one.

Fear of man
An unbalanced view of separation focuses on one’s self and not God. Yes God is all holy and to be honored. But we shouldn’t neglect grace to fulfill the command of separation. A hard focus on separation creates an environment of distrust, is poisons grace and it often leads to an unloving culture. I often observe that it seems more about gaining approval of certain men the focusing on what God. We all love the pats on the back for standing firm in the faith by our peers or congregants. Jesus was called a friend of sinners- not always as a compliment.

The public school
I remember an intentional “you’re not going to be invited back” conversation based on a comment I made in a workshop. “The easiest place to live a dynamic Christian life is the Public School. There you have no choice, you’re either on fire or a hypocrite.” Apparently, I violated the doctrine separation by that statement. After being instructed on separation, I was then told that nothing good comes from public schools, broken homes, etc. A good christian has no place in a public school.

By God’s grace, I was able to start a Bible study, hold a regular morning prayer meeting and witness in my public school. I remember conversations about respecting parents, not having an abortion, being a servant and others. I remember people accepting Christ and being affirmed in the faith. I came form a broken home, and again by God’s grace, I’m a minister of the Gospel pointing people to Jesus. This explanation wasn’t good enough.

The bottom line:
An unbalanced view of separation distracts from the mission of making followers of Jesus. It violates love as described in 1 Corinthians 13. It pulls us away from the world. Separation is a command in Scripture to be obeyed through wise discernment. It’s not a command to build a fortress and hide until the rapture. Don’t react out of a fear of man or protectionist ideology. Act out of wisdom, applying the Scriptures to each situation.