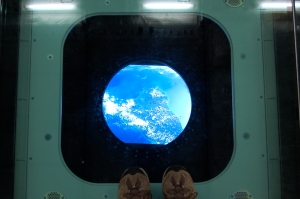 A growing trend are those who disdain discussions of politics. Sadly, this is why politics is caustic. I am asserting that the avoidance of politics is a major problem, for Christians as well. This mindset costs us liberty and truth. Political avoidance allows us to chuck our discernment, life of thought and even empathy in exchange for the illusion of a good life. We need to be more politically astute.

If people knew…
While attending a leadership conference in Washington DC a democrat chief of staff stated, “If the American people truly understood how things work we would not get away with all that we do.” The purpose of the conference was to educate and help people to better understand. The implication at the conference is there is an inherent system of corruption. Playing off the ignorance of people should be unsettling to us.

Politics is truly local
The complexities of getting something done is profound. The hoops to jump through at various levels of government at times is absurd. We invest too much focus on national or federal politics and not enough on state or local politics. For example, much issues people have with Common Core is actually a state vs school board issue, not a Federal take over issue. Often what frustrates educators and then parents is changes made in state capitals, not DC. Who are your state representatives? Don’t know who they are? There is a key problem.

Character matters
For civil government to work, character and morality are essential. The result of losing character is the mess we have today. For example, many are against vaccinations. Much of this comes from a distrust of various institutions and government itself. Another example is the litigious society that we live in. Much of the vitriol in politics is a result of a loss of character. This is where religion plays a critical role in the life of a society. It’s presence in the public square is essential. A secular society in inherently unstable, as is state run religion.

Justice matters
Politics is determined by those who show up. Top down approaches rarely do well. Top down is great for emergency management, but it is lousy for societal change. Again, politics is profoundly local. Much of the injustice we see stems from not showing up where it counts. Politics is a reflection of us and the reflection of injustice demonstrates out absence. Protesting is a sign of laziness where we didn’t show up. Mobs rarely lead to justice.

Liberty matters
God created man to be free. While I orient my life on the Bible as the way and truth and life, that should not be forced on anyone. In a free society there will be many and even opposing views. This also means that those from a secular viewpoint should not impose their views as well. Too many people are trying to get the government to do their bidding. This inevitably leads to tyranny, whether state religion run societies or fully secular societies. (Even secularists have their fundamentalists.)

The bottom line:
We need to be engaged in politics. A professor drilled into out heads the process: Think. Judge. Redeem. We need tor read and study issues more broadly. Judge the issues on their own merits. Finally, see if the issue should be discarded or redeemed for good. If, like many, you hate politics, remember this: We the people, we the problem. It’s time we show up, for politics at best is living at peace with our neighbors. That can only happen if you show up.

One of the things I love about the Museum of Flight is Jadon. He stares in awe at the massive planes before him at one moment, and then plays with his toy plane underneath the wing of the first 747 the next. He talks about the planes, makes noises, calls them different names. But, when he sees the 747 he says one word: Plane!

Certain big things are the engines of our lives. The most significant is character. Before Jadon was known to exist, a key question I’ve been asking myself is what are the big things I want my kids to have. The list became more refined when I heard the words: It’s a boy!

Big project #1:
I’ve been working on a novel for Jadon about the major virtues I want him to hold. Virtues are timeless. While the situations in life Jadon will face differ from mine, the virtues will hold just as true. The novel will center on this concept.

Big project #2:
Each birthday I write a letter to my boys in a journal. From time to time I write other things as well. These are thoughts, ideas, or quips I have for them. I am not sure when I will hand them the journals. I’m debating junior high or graduation from high school. There is wisdom I want to impart to them.

Big project #3:
I narrowed the focus of what I want for my boys: 1) To be strong men of God, 2) To be men of character and 3) To be who God designed them. A narrow focus helps and is essential.

The bottom line:
How each man passes down wisdom to his children is different. One thing remains true: good dads often narrow the focus to just a few things. This is important. There are many skills, virtues, abilities, etc in life. But, only a few are big, long-lasting, and essential. Virtue of character is a thing in life I want Jadon to awe and play under. That when he sees it he will say: Plane! It is an engine that will power his life.

God or Godly Character? Is it a matter of balance? How do we address the fact of God changing the inside verses outward appearance and conformity? In discipleship and teaching there is a tension between these two.

Where we are at
Within the North American Church there seems to be a dichotomy between theology and practice. Such a focus tends to make church man centered rather than God centered as people focus on what is seemingly practical and ‘skip’ the foundation that sustains the practical. The high value we see for practical, application, “easy to do” gives evidence to this dichotomy. At the same time, I’ve seen dead orthodoxy where the Bible and theology are taught, but frankly it is dull and seemingly not applicable to one’s life, just tons of data. Theology is not a data dump.

Where the Bible points
The pattern we often see in Scripture is that as people encounter God (theology), their lives change (application). In Joshua chapter 1, God explicitly tells Joshua to know the law cold (theology) so he may be careful obey it and have success by following it (application). Paul instructs Timothy to be watchful of his teaching (theology) and his ministry (application). Theology at its core, its very essence, is encountering God. Encountering God demands that we change as we realize who He is. To separate theology from application is to create a dichotomy that does not exist in Scripture.

Bottom line
We act (application) based on what we believe (theology).

Perhaps if our eyes become more attuned to God and our relationship with Him, that correct behavior will follow. That is the pattern we see in Scripture. Your faith has healed you, go and sin no more.