The Gospel according to farm & sports injury 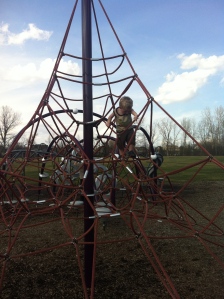 In recent news people are debating the issue of the labor department setting 85 pages of regulations to protect minors from farm injuries. In 2010 there was about 7,500 farm injuries. The thought is farm injuries are often severe and debilitating. I’m not for injuries or exploitation. This isn’t a let’s call out government overreach either. Here is what I am saying: Mountains of regulations doesn’t make one safe nor can one be completely safe. As humans we often pick an legislate an issue, ignoring the fact that life is often beyond our control.

Soccer
According to an ABCnews article between 1990-2003 1.6 million boys and girls were injured playing soccer. I’ve personally interacted with some whose soccer injuries were debilitating and are now a life long issue. If child safety and the prevention of exploitation is a concern, why has not the 1.6 million soccer injuries been addressed? Wait, soccer is popular here so I better stop now…

Football
According to WebMD football injuries didn’t fair so well. In fact, in one year alone it made up a third of all the soccer injuries between 1990-2003.

Researchers found high school football players suffered more than half a million injuries nationwide during the 2005-2006 season. And they were more likely to suffer season-ending injuries, such as fractures and concussions, than those who play collegiate football.

Now, I’d ask the same question I asked before, but recognizing the religious zealotry that is football, I better pipe down.

Oops, there’s more…
According to stopsportsinjuries.org 3.5 million high school athletes are injured. 30,000 of which are hospitalized. This data was found in the mid 90’s, but according to other statistics there’s been a 5 fold increase in some specific types of injuries. What’s even funnier is how the CDC states more than half of the injuries were preventable.

The Gospel
At it’s core the Gospel is this: We are incapable of saving ourselves. The hope of Jesus dying on the cross and rising again is that one day He will make all things new. We can’t save ourselves and it’s Jesus’ work in our life that makes the difference. Here’s the catch. No amount of legislation can make us good. Just like with childhood injuries, we too look for specific “bad” things that we can easily prevent, but we often ignore things that may not be as severe, but still leaves a significant impact of life long repercussions.

How about you?
Are you content because you’re not doing the “bad” stuff? You’re not in the “7,500 farm injuries crowd.” Yet, you’re doing things that are still wrong. You’re in the “millions of soccer injuries” crowd. You’re no better for doing a “less” bad thing. Fine, you may not be having an affair. But, if you’re gazing at a person and committing adultery in your heart, that still has repercussions that can harm a marriage. Here is what’s cool: Jesus covered it all. He can work in the “really” bad and the “less” bad issues.

The bottom line:
The issue with child labor on farms points out to a pattern in human behavior. Injuries are bad and often they’re preventable. No legislation can prevent injuries because we’re fallen and we’re broken. We often focus on a major issue, but injuries are injuries. The same is true for sin. We’re incapable of keeping ourselves safe. We’re also incapable of saving ourselves. We need Jesus and He’ll make all things new.

← My guide to becoming a recovering fundamentalist: The conclusion
Book Review: reWritten by Bruce & Heather Moore →