On Humility: My guide to become a recovering fundamentalist Part 3 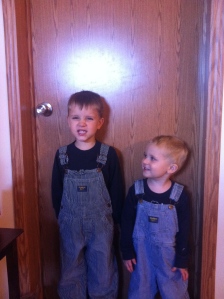 “You should read my book, ‘Humility and how I achieved it.’” ~Unknown
“Every side has it’s ‘fundamentalists’.” ~Joe M.

Admit it
You’re arrogant. We all struggle with pride. Arrogance isn’t exclusive to any movement. This is why it’s best to deal with heart issues; not create a strawman. For example, I interacted with two churches that made this statement:

“They’re not [blank] because they’re wearing [blank]. It’s important to [blank] to [do what God wants].”

One church was a hysterical fundamentalist church. The other was a progressive outreach oriented church. Both had the same heart problem and both make a good point. Name the issue and its most likely there is arrogance on both sides.

Humility modeled: Dr. Arp
“Right now, this is what I believe what the text is saying,” said Dr. Arp. My tongue dropped to the floor. I’m in seminary, the professor is to be the grand know all guru of all things Bible. Dr. Arp amazed me by his humility. He was a student of the Word. (And a really hard grader!) More than anything he discipled me to approach the Scriptures with humility and to listen. Confidence and humility are not exclusive.

Humility modeled: John Calvin
I read Calvin’s Institutes of Theology. I wanted to see if I was truly a “Calvinist” or not (a discussion for another day). I was amazed by the humility and grace Calvin projected in his writings. He demonstrated confidence in what he said, but also grace and approachability. Those who debate “Calvinism” could learn a lot from Calvin’s humility.

Humility prescribed: St. Peter
Peter had what I like to call “foot in mouth disease.” Ambitious or spirited people often struggle with that. He says this in 1 Peter 5: “Clothe yourselves, all of you, with humility toward one another, for ‘God opposes the proud but gives grace to the humble.’” It’s in the context of shepherding the church. This attitude stands out as I see Peter struggling with this area.

Jesus
Jesus didn’t stand out in a crowd. He didn’t come into the world with much fanfare. As much as we bash religious leadership of his day, He did interact with them and some came to believe in Him. Jesus was a man’s man, and Jesus was fully God. Jesus dealt with and pointed to heart issues. There was times He was stern, and times he was very approachable. Our task is to be like Jesus. Without humility, we wont’ get very far.

The bottom line:
To become a recovering fundamentalist you need to be humble. Act with humility and grace instead of reacting to a strawman out of arrogance and vindictiveness. We all struggle with pride and arrogance. No movement claims a monopoly on this. Listen, be approachable, and seek to be like Jesus.

← An important reminder…
My guide to become a recovering fundamentalist: Legalism →

One Comment on “On Humility: My guide to become a recovering fundamentalist Part 3”